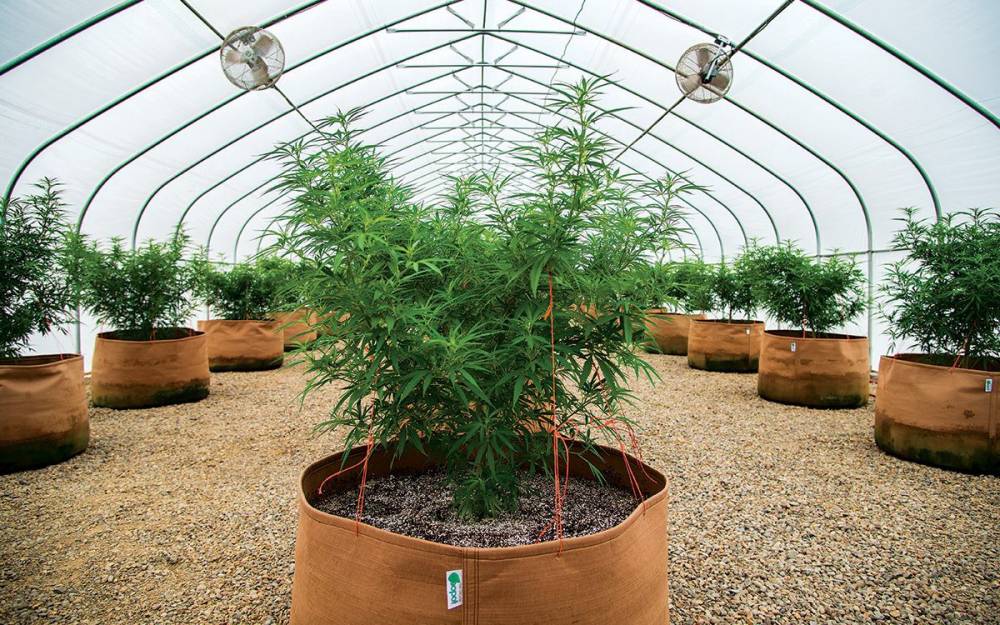 James Knox, owner and operator of KLR Farms in Albany, Oregon, has been growing plants for most of his life. While KLR Farms is only about two-years-old, Knox has been growing cannabis in a variety of different environments and mediums since the inception of the Oregon Medical Marijuana Program. Growers such as Knox have truly paved the way for the successful medical, and now recreational, cannabis farms in the state of Oregon.

KLR Farms produces a variety of strains, but consistently has Cinex (as featured in the greenhouse photo) and KLR 48 and KLR 007 in their gardens. Both of these KLR-homegrown strains are hybrids that Knox has been cultivating for years, and he says they are fast flowering; with the KLR 48 flowering in 48 days, and with the KLR 007 being their “sneaky spy” as Knox describes it. “She’s like a spy because she’s in and she’s out in 46 days — just like that.”

Not only does Knox grow cannabis plants in the farm’s greenhouses, but also food for his family. “I feel it is important for cannabis growers to know the many facets of farming and this greenhouse will provide enough food for me to feed my family through the winter, if needed.”

Knox has a unique perspective of the industry as he wears many hats. Outside of being the master grower for KLR Farms, Knox is the owner of Samari Grower Supply and the co-owner of a biological and mycorrhizal inoculant line called Myco Fusion. The greenhouse line Knox works with, called the Growmaster series, is provided by his other company Savant Plant Technologies.

KLR is currently a standard greenhouse, with 30-foot-by-96-foot gardens, but Knox has bigger plans for his company, including the first greenhouse demonstration campus in the state.